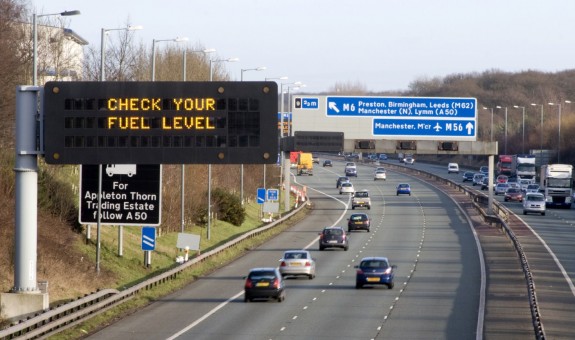 Claremont Controls enjoys long-term and progressive relationships with many highways operators and contractors across the UK. HighStone has been adopted by highways contractors to support their role as maintenance contractors on our national motorway and major roads network. We have subsequently developed and expanded the HighStone application to fulfil our clients’ requirements.

The Highways Agency manage England’s strategic road network with a rolling schedule of maintenance contracts over thirteen regional areas, with each contract running for between five and seven years.  Transport Scotland operates a similar approach for the major routes north of the border.  Both authorities have awarded various DBFO (Design Build Finance and Operate) contracts to contractors for certain sections of their network.

Our Clients in the Highways Maintenance Industry

In 2008, A-one+ adopted HighStone to support a Highways Agency Area 14 contract in the North East of England, the application was used to manage road network assets.  Since 2008, A-one+ has been awarded three further regional contracts: Area 10 around Manchester; Area 7 in the East Midlands, and Area 12 around Leeds.  In 2010 A-one+ was re-awarded the Area 14 contract in the North East of England.  HighStone provides the core data management for each of the four contracts, running over the corporate WAN (Wide Area Network) from twin site server installations running Microsoft SQL Server.  The full network areas are serviced through Citrix provision.  HighStone has an active development program to enhance the use of the application and respond to the ever changing environment and requirements made on the contractor.

Since 1999, Claremont Controls has provided software solutions to the A19 Dishforth to Tyne Tunnel DBFO operator at its Teesside base.  The contractor is Sir Robert McAlpine and the current contract award term runs to 2027.  Over the twelve years of collaboration, Claremont Controls has developed a sophisticated works management application.  First solutions provided an environment based on Microsoft Access running on the company LAN (Local Area Network), as a forerunner to the current HighStone application.  Today the core contract data is hosted by a Microsoft SQL Server installation, and a planned migration to move to a full HighStone operation, replacing all Microsoft Access functions, is well underway and due for completion in 2012.

Between 2003 and 2010, Claremont Controls provided management solutions on the Highways Agency Area 13 contract in North West England, for a full contract term of seven years, for operator and contractor AmeyMouchel.  Elements of the same system were also implemented in Area 9 in Birmingham over the same period, also for AmeyMouchel.  These installations started as Microsoft Access based applications, using RDC (Remote Desktop Connection) and later moved to Microsoft SQL Server data storage.  When the new contract term was awarded in 2010, elements of HighStone were retained by the new Highways Contractor.